The quantitative analysis of NMR is based on the structure analysis. The relationship between the number of protons of specific groups and the peak area of corresponding peaks is used for quantitative determination. Nuclear magnetic resonance (NMR) spectroscopy is mainly used to determine the structures of small molecules of organic compounds and biomacromolecules in solution. It is widely used in chemistry, biology, physics, materials, pharmacy and medicine 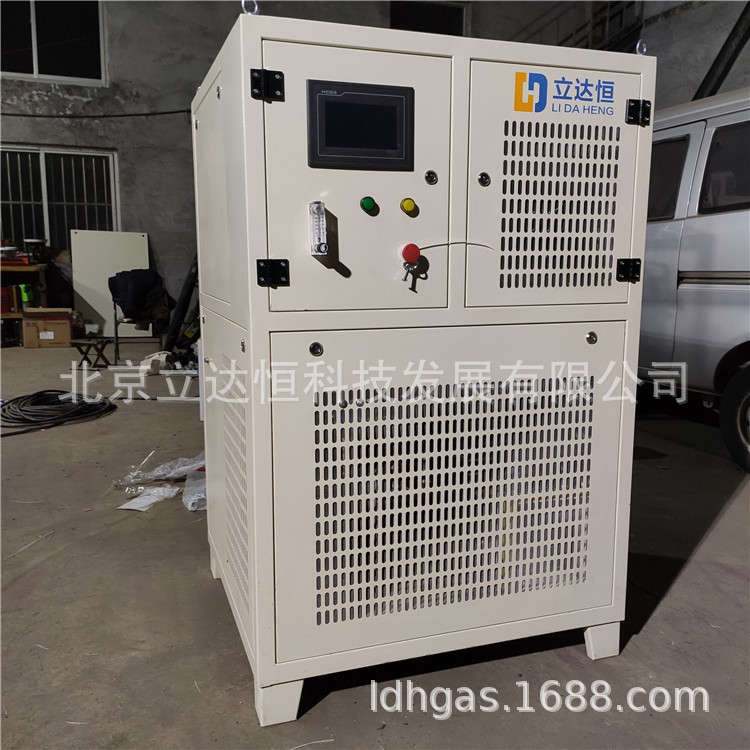 Beijing LDH Technology Development Co., Ltd is a company specializing in gas separation equipment. There are mainly integrated enterprises in the design, research and development, production and sales of nitrogen generators, oxygen generators, ozone generators and liquid nitrogen generator. In the years of production and sales, we have met friends from all over the world and established a good partnership. Products are exported to Bangladesh, Indonesia, Pakistan, the Netherlands, Brazil, Australia and other countries.

The company has more than 10 years of experience in the professional technical team is engaged in gas design, research and development, to provide users with pre-sale, in-sale, after-sales technical support, including technical design, drawings, schedules, key projects, guidance installation, training, etc…Our equipment is subject to international standards. Before the equipment leaves the factory, we will conduct a comprehensive inspection and testing of each equipment so that each equipment can reach the standard before leaving the factory.

Our working attitude is to make every reliable product, solve the actual problems of customers, make every beautiful product, let customers feel not only easy to use, but also good-looking.

Our goal is to become the best enterprise in China’s gas separation industry. We have modern factories, modern production tools and young and passionate colleagues. We will strive to surpass ourselves and provide gas solutions for enterprises all over the world. We will use the best service to reflect our professionalism!

Write your message here and send it to us